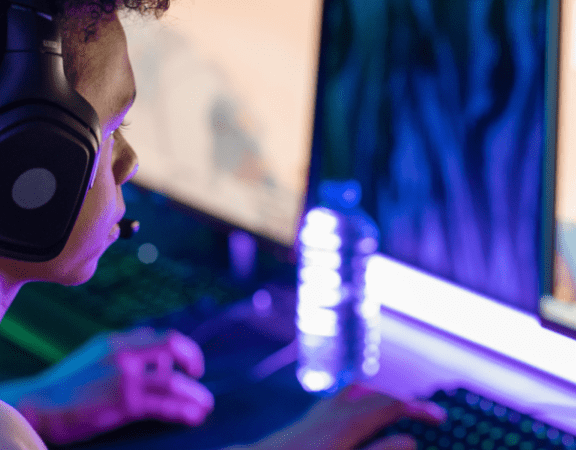 What is GameFi? Blockchain games explained

GameFi has become recently a quite popular concept in the gaming and blockchain industries. Traditional video game users, who are used to pay to play an online game, are being attracted to blockchain video games where instead they can be rewarded for their time and effort.

In this article, we explain what the GameFi consists of, how it works and what are the expectations for the future of GameFi:

In a simple way, we can define GameFi as the combination of video games (Gaming) and decentralized finance (DeFi). The technology used for this type of video game is blockchain technology, which allows players to be the sole and verified owners of the virtual elements of the game.

In traditional video games, the predominant model is “pay-to-win”, in which players must pay in order to gain an advantage, such as upgrading, reducing waiting time or buying a virtual object.

GameFi, on the other hand, introduces the “play-to-earn” model. In this case, players are the ones who make money thanks to their knowledge or the time invested.

It is important to highlight that in GameFi games users need more than just luck in order to win. The activities that generate rewards vary depending on the game, but in general they reward skills and require strategy.

¿How does GameFi work?

As mentioned previously, the ways of generating a reward change depending on the game. However, most GameFi projects share the following characteristics:

NFTs are digital assets created using blockchain technology. Unlike fungible tokens, NFTs are unique, indivisible, and have an owner.

As in traditional games, users can own avatars, animals, houses, tools, etc. represented in NFT. From there, users can spend their resources on improving their digital assets and subsequently exchange them for cryptocurrencies, thus generating an extra profit.

DeFi is an experimental form of finance that does not rely on central financial intermediaries, such as banks, and instead uses smart contracts on blockchain.

In some GameFi projects, gambling is allowed, for example. Players can thus block some of their tokens in order to earn some interest.

What is necessary to play on GameFi?

In general, most games require the following steps to start playing:

Unlike traditional games, in which you need a username and password, games that use blockchain technology require you to identify yourself using a wallet.

Depending on the game you will need one type of wallet or another. For example, the famous game Axie Infinity requires a wallet compatible with Ethereum.

2. Add funds to your Wallet

The Cryptoblades game, for example, requires users to download MetaMask, purchase Binance (BNB) currency, and exchange it for the game’s native cryptocurrency, SKILL.

In most GameFi games, in order to generate profits, you need to do so through your avatar or similar digital assets. This means that before playing you will need to buy them. For example, Axie Infinity requires its players to have three Axies in their wallet to start playing.

How can a game be decentralized?

Traditional games work in a totally centralized way, except for some cases. The studio is in charge of designing, producing and publishing the game, as well as updating it.

In most GameFi projects, what is sought is the opposite: it seeks to involve the players themselves in decision-making.

This process is known as DAO – Decentralized Autonomous Organization. To join a DAO, the player must first possess the “governance token”. The amount of tokens  will define the power that the player has.

Some of the best known examples of GameFi projects are:

Axie Infinity is an NFT-based online video game developed by the Vietnamese studio Sky Mavis, which uses the cryptocurrency AXS and SLP based on Ethereum.

This game allows players to collect, breed, fight, and trade creatures known as “Axies” (axolotl-based characters), which are digitized as NFT. 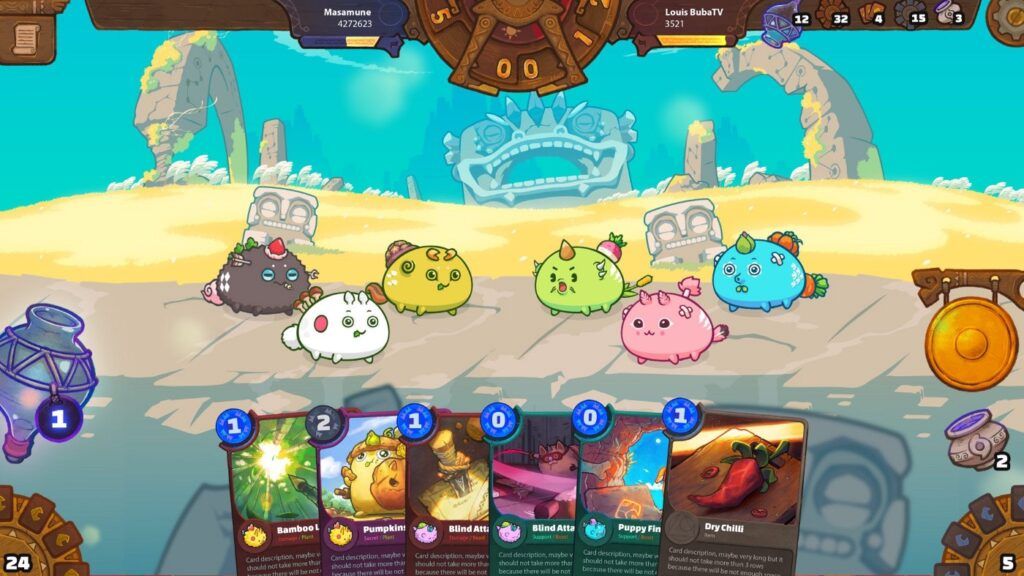 Decentraland is a virtual world run by its users. Every piece of land and every element in the virtual earth is an NFT. In early 2021, Decentraland had an average of 1,500 daily active users. In March, it reached 10,000.

The CryptoBlades game offers a platform to its users where they engage in battles. After fighting opponents, winners get SKILL tokens. And then, they can exchange their avatars and teams or bet their SKILL tokens. 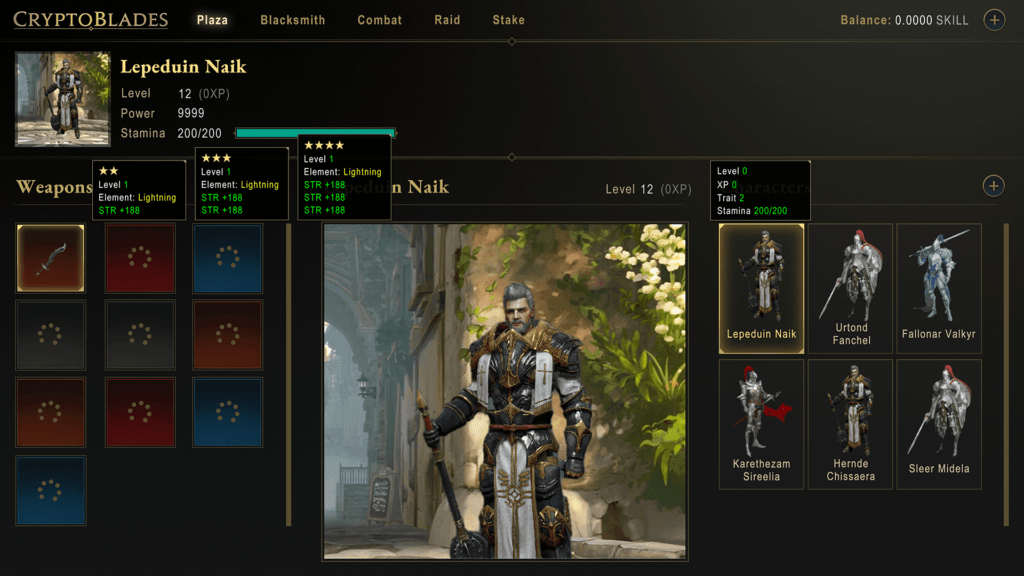 The Sandbox is a virtual Metaverse where players can play, build, own, and monetize their virtual experiences. SAND, the native token of The Sandbox, is used across the Sandbox ecosystem as the basis for all kind of interactions and transactions in the game. 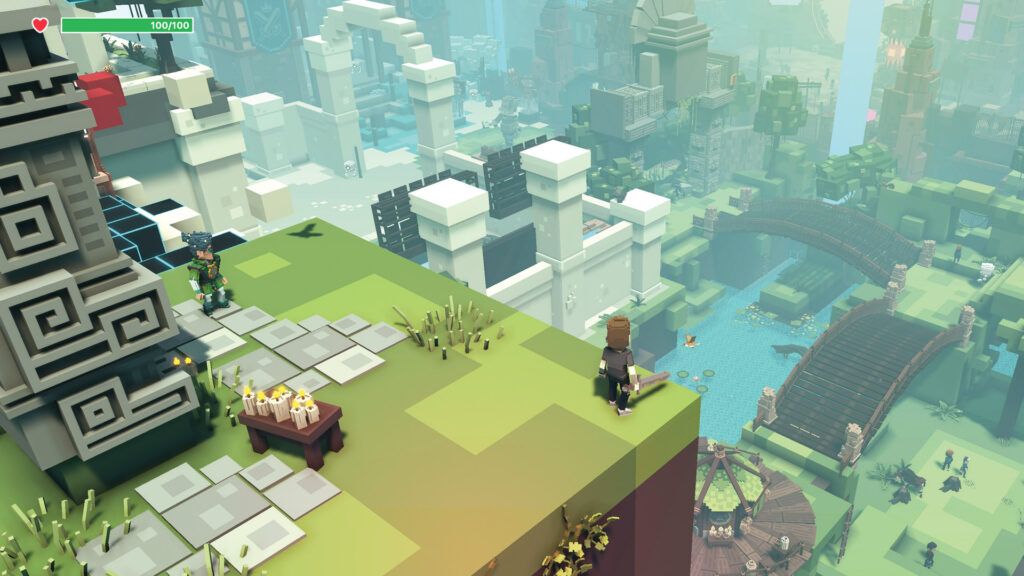 What future expectations does GameFi have?

GameFi projects have been in the radar of gaming users and investors for months. The growing popularity of the metaverse concept and of cryptocurrencies helps to relaunch an industry that already traditionally has a very important weight.

The best example to understand what the future of GameFi may be is to analyze the evolution of existing projects such as Axie Infinity. This one was released at a price of € 0.12 and today it would cost approximately € 125.

The MetaSoccer game, which consists of soccer competitions in a metaverse, has not even been released and has already raised more than $ 2 million in a round of funding.

The North American company Fold has announced a collaboration with the Californian study Niantic to develop an augmented reality video game which will allow earning Bitcoins. Fold AR will be a kind of Pokémon GO designed to get cryptocurrencies while playing.

Undoubtedly, in the coming years we are going to see a lot of movement in this industry and in all related technologies. 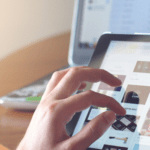 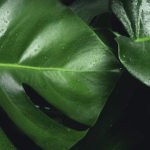 Green Marketing is part of the list of Marketing strategies that companies can apply in order to communicate their corporate vision and differentiate themselves from the... 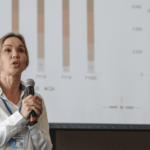 What should I ask a VC?

Hello and welcome back for the third and final piece of the series of articles related to VCs. Our first article put us in the position to be able to ask ourselves if we...
We use cookies on our website to give you the most relevant experience by remembering your preferences and repeat visits. By clicking “Accept”, you consent to the use of ALL the cookies.
Cookie settingsACCEPT
Manage consent