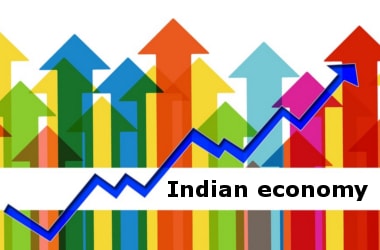 India is likely to overtake Japan and Germany to become the third largest economy in the next 10 years but needs to be consistent in reforms and focus more on the social sector.

“The economic pole of global growth has moved over the past few years from China to neighbouring India, where it is likely to stay over the coming decade,” according to growth projections from Harvard University’s Center for International Development (CID).

The research has attributed India’s prospects to its potential to diversify into newer areas of production and export. The country has been diversifying its export base to include products from other sectors, such as chemicals, vehicles, and certain electronics.

The Indian story will be different from the export- oriented one of China’s, pointing out that domestic consumption with over 550 million consumers will be the standout factor.

Even though China ranks better than India in economic complexity, it fell four spots to land at 23. Meanwhile, at 46, India is more diverse in it political, institutional, geographic, and demographic dimensions. This gives it more room to diversify into newer and more complex products, the report stated.